In recent years, the number of pet-friendly places such as parks and restaurants has slowly been on the increase. The main reason why it’s been so slow is because Malaysia is a Muslim country, so dogs are made to feel very unwelcome in most places. 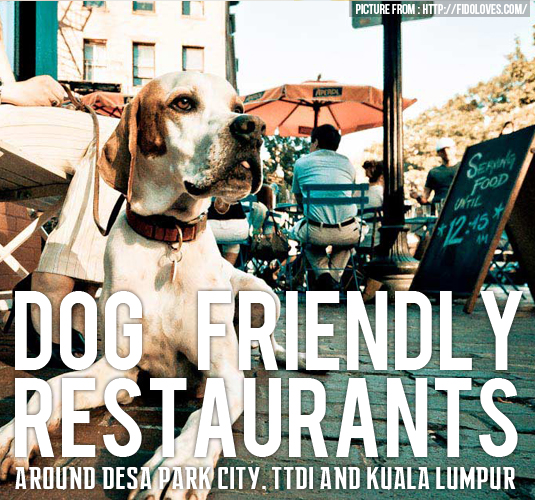 Luckily, there are now some amazing parks and restaurants who will allow owners to bring their furry friends to dine in, or have a walk with other dogs. We thought it would be a great idea to review some of these places and compile them into a list for your benefit. We focused on two main areas: Desa Parkcity (which is well-known for its landscaped park with a lake in the middle) and TTDI.

Desa Parkcity, situated at the edge of Kepong (right after the Kepong toll on the LDP) is famous for being a wealthy housing area. Right in the centre, there is the Lakeside, as it’s called, which boasts a small shopping/dining mall in the middle, overlooking the park and the lake. The man-made lake in the middle is a favourite for water-loving dogs such as retrievers. I brought my dogs, Cadence the Papillon (that’s the tricolour dog with big, prick ears), and Lyra the Cavalier King Charles Spaniel (the Blenheim, that’s the Cavalier term for red and white dogs) along on all these trips just to test out the “facilities”.

Here they are, at the Park: 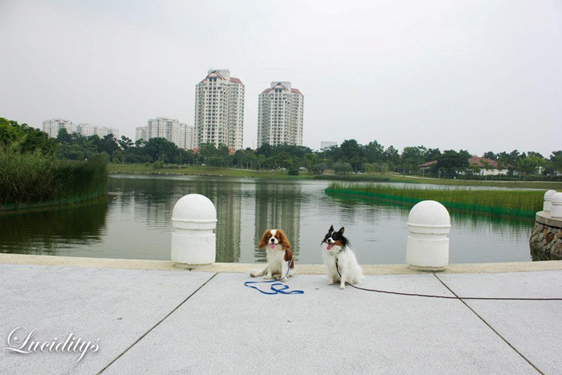 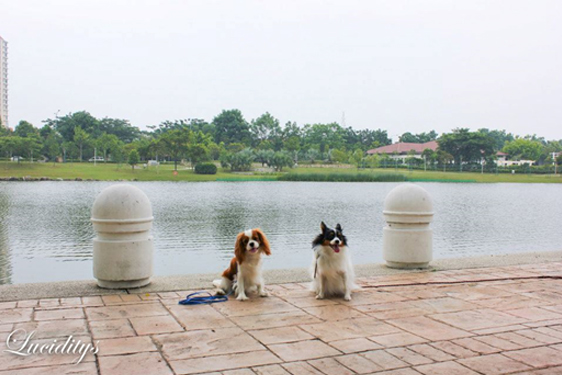 You get a very nice view all-around—on the weekends, there are lots of pet owners who bring their dogs for walks and to play fetch; if your dogs are the friendly kind, they’ll definitely enjoy it!

We wanted to have brunch at Fitou, but were disappointed because the manager would not allow dogs to sit on the chairs. I made a point to bring a large beach towel to drape over the chairs so that they would not dirty the furniture, but it was still a no-go. Just to be clear, my dogs are bathed once a week and rinsed every evening, so they are VERY clean. They sleep on my bed, so, they have to be! Anyhow, we made a pass on Fitou then and went to La Casa instead. I noticed that there were many pet owners in the neighbouring restaurants, but not in Fitou. The other restaurants allowed pets to be seated on the chairs (small dogs like Poodles, Shih Tzus, etc.). 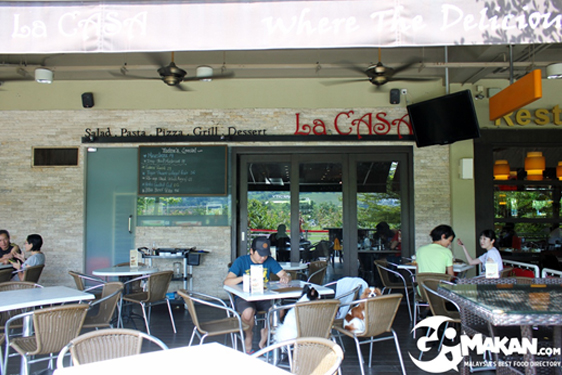 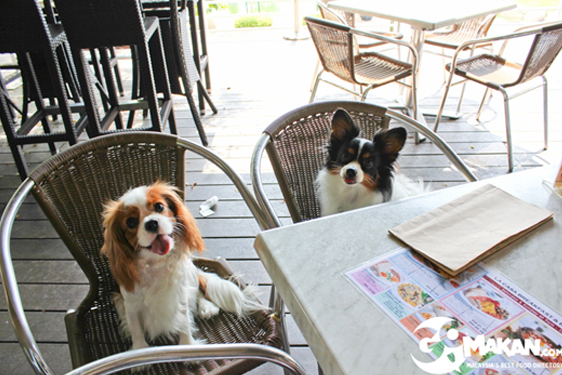 Lyra & Cadence sitting happily! I only frequent places that allow pets on the chairs because it’s so much easier to keep an eye on them. Also, I use retractable leads that I can’t tie around table or chair legs, so making them sit on the floor is out of the question for me.

The food at La Casa is pretty good and quite reasonably priced for such an upscale area. They have a great selection of breakfast sets, too! Their service is also top-notch—I’ve been here a couple of times, and the servers are very helpful and professional. Also, the were happy to accommodate any requests that I had.

There are Chinese and Japanese restaurants there as well, and they all allow pets, so you’ll definitely be spoilt for choice if you do decide to bring your “man’s best friend” to Desa Parkcity!

Here’s a scene from the weekend, when there are more people and pets around: 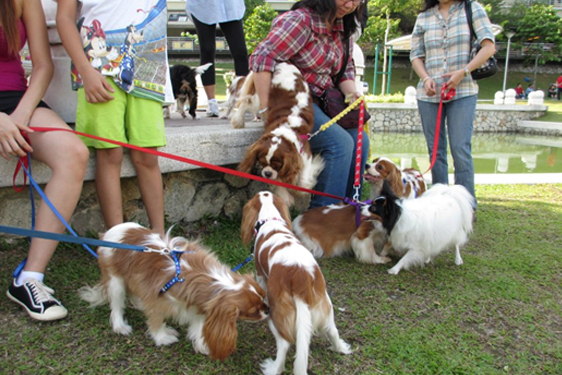 One really great thing about this park is that the management placed a few plastic bag dispensers around for people to use to pick up poop!

TTDI’s pubs and restaurants along Lorong Rahim Kajai have long been popular amongst dog owners. Almost all the restaurants in the entire row allow pets, both inside AND outside, which is a huge deal for us pet owners. The best thing about TTDI is that it’s very near to Central Park, which is located opposite 1 Utama’s new wing. It’s a huge park with a lake inside—frequented by dog owners every weekend. There are many classes hosted at the park on Sundays; from agility to obedience, so it’s always packed! 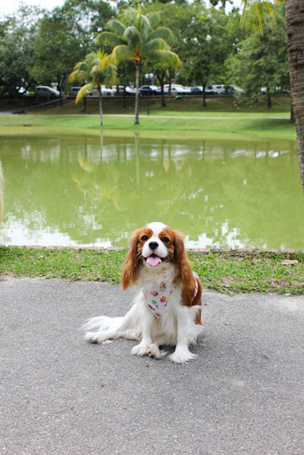 What good is a picture without a cute model in it? 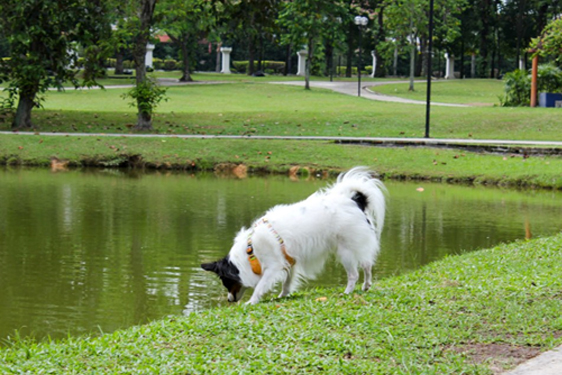 Here’s one with Cadence. 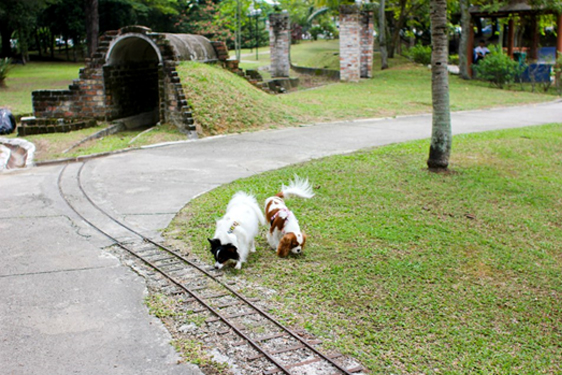 There were also some old, abandoned train tracks which fascinated the dogs. 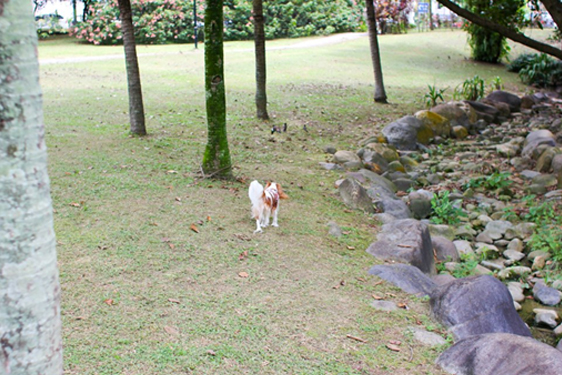 Chasing birds is a fun past time! (If you squint, you can see the birds she’s chasing after)

I brought my dogs to The Boathouse and Tom, Dick & Harry’s, two of my favourite places to visit in this area. They both serve brunch on weekends, which is pretty much my favourite time to go because it’s not too busy, and I get to enjoy breakfast with my friends and the dogs. 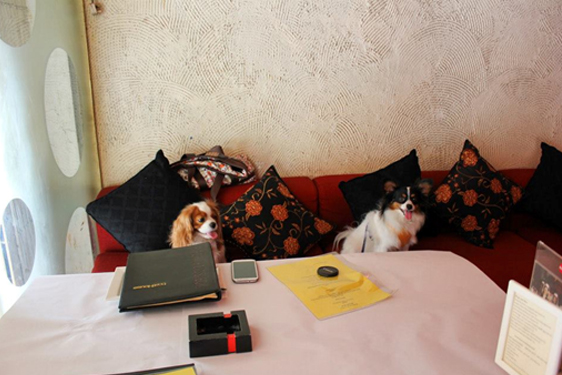 The Boathouse is GREAT. Awesome service and they allowed the dogs not only indoors, but on their sofas! My dogs are very well-trained. They don’t pee or poop indoors, so this is just perfect for them. The food is kind of pricey, but for the quality of the service, I don’t mind spending that kind of money. 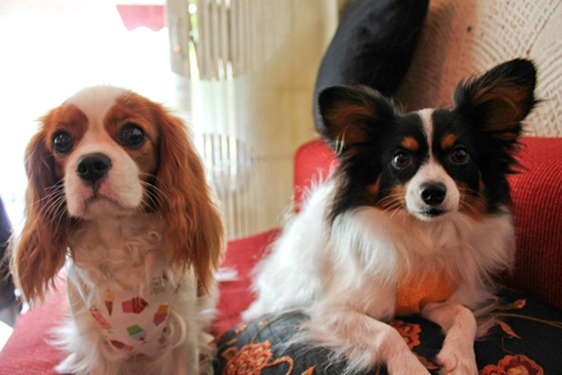 Tom Dick & Harry’s serves pretty similar dishes for brunch, and in my opinion they’re about on par with one another: 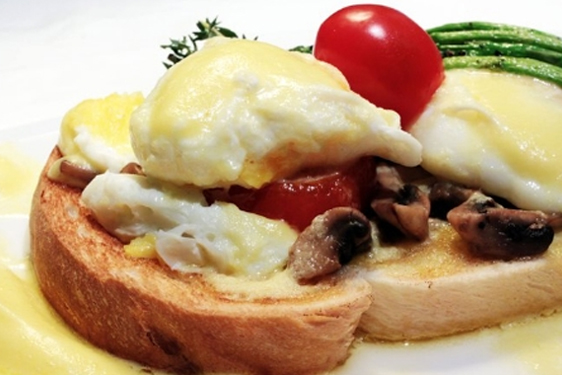 Sid’s Pub, which is also on the same row, is yet another dog friendly pub/restaurant that’s popular. So, there you have it—some of the best pet-friendly restaurants that we’ve been able to discover so far. Hopefully, there will be more in the future that we can review!